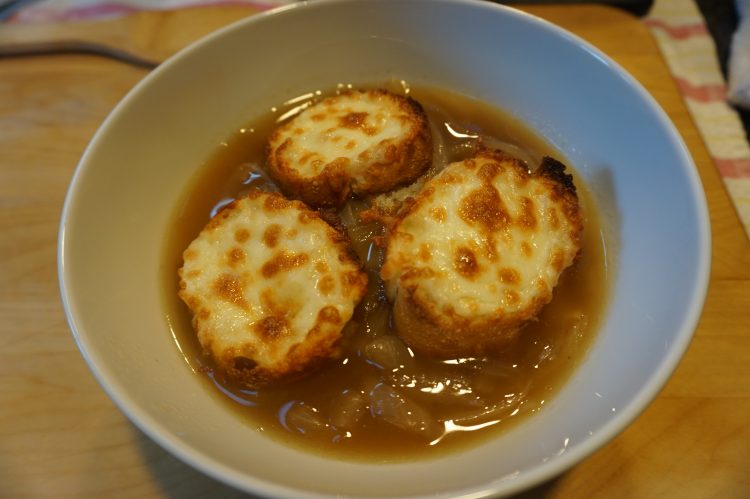 French Onion Soup is a classic French dish that consists of lots of onions, cheese, baguette, beef broth and fresh herbs. There’s nothing not to like about this dish: slow-cooked caramelized onions with french baguette and Gruyere cheese are some of my favorite things.

How to Caramelize Onions

The base for a good French Onion soup is caramelized onions. The slower-cooked and the deeper the caramelization, the better. You’ll want to cook down your onions for at least 40 minutes if you’re in a hurry, but it’s best to let them cook for around 2 hours on a low heat.

Make sure you slice your onions at least 1/8 of an inch thick- slicing them too thinly will make them more likely to burn.

Ensure that you are adding more than just butter to your pan when cooking them down. While everyone enjoys the flavor of butter (I know I do!) add in oil and then butter second. Adding a neutral oil will keep your onions and your butter from burning and will increase the smoke point.

So which onions are best?

Any onion with a lot of natural sugar will caramelize well. In the same vein, adding a bit of sugar to the pan as your onions are cooking down will help the natural caramelization process a bit – and a bit of sugar never hurt anyone.

How to Make French Onion Soup

Something that’s great about French Onion Soup is how easy it is to make. You basically chop up a bunch of onions and let them cook down until they are caramelized until deeply golden brown in a beef broth.

After your onions are richly caramelized, which should take around 30 minutes, deglaze the pan by adding the beef broth. Reduce for about 20 minutes and add in your fresh herbs and add in your wine.

While your soup is reducing, set your oven to broil and add cheese on top of your baguette. When your oven is ready, place your baguette slices in the oven and let broil until the cheese is bubbling on top- about 5 minutes.

Taste your soup and adjust the seasonings to your liking- what does it need? More salt? A bit more sugar? Adjust before serving. 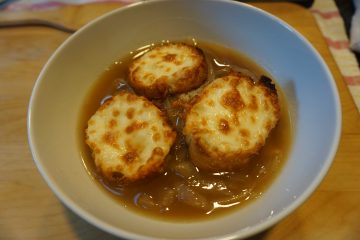