These air fryer hash browns are perfect for an addition to any breakfast. Make them as a quick side and top with your choice of ketchup or pico de gallo!

Making these air fryer hash browns is actually quite easy.

First, take a box grater and use the “medium” grate side. Wash your potatoes well and set aside.

Once all your potatoes are grated into the mixing bowl. Empty the potatoes into a cheesecloth and add the salt. Mix well and let the potatoes drain for about 10 minutes. The salt will draw out any excess water from the potato.

After the 10 minutes, squeeze out as much water as possible from the grated potatoes. Then, add in the oil and coat evenly.

Add about a cup or so of the hash browns to the air fryer basket and fry at 400 degrees for 10 minutes. Take out of the air fryer and serve.

What to Serve with Air Fryer Hash Browns

Hash browns are traditionally served as a breakfast side dish. If you’re anything like me though, you’ll have breakfast any time of day.

Serve your freshly-made hash browns with a spicy ketchup, a fried egg on top, or even just with salt and pepper.

Looking for more ideas for what to serve with your hash browns? Take a look below: 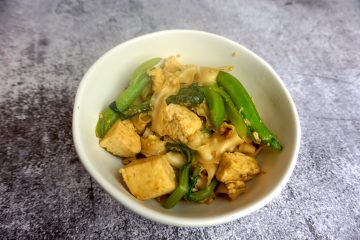